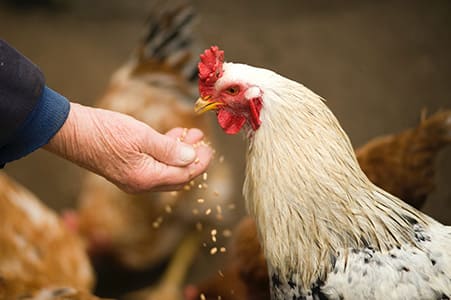 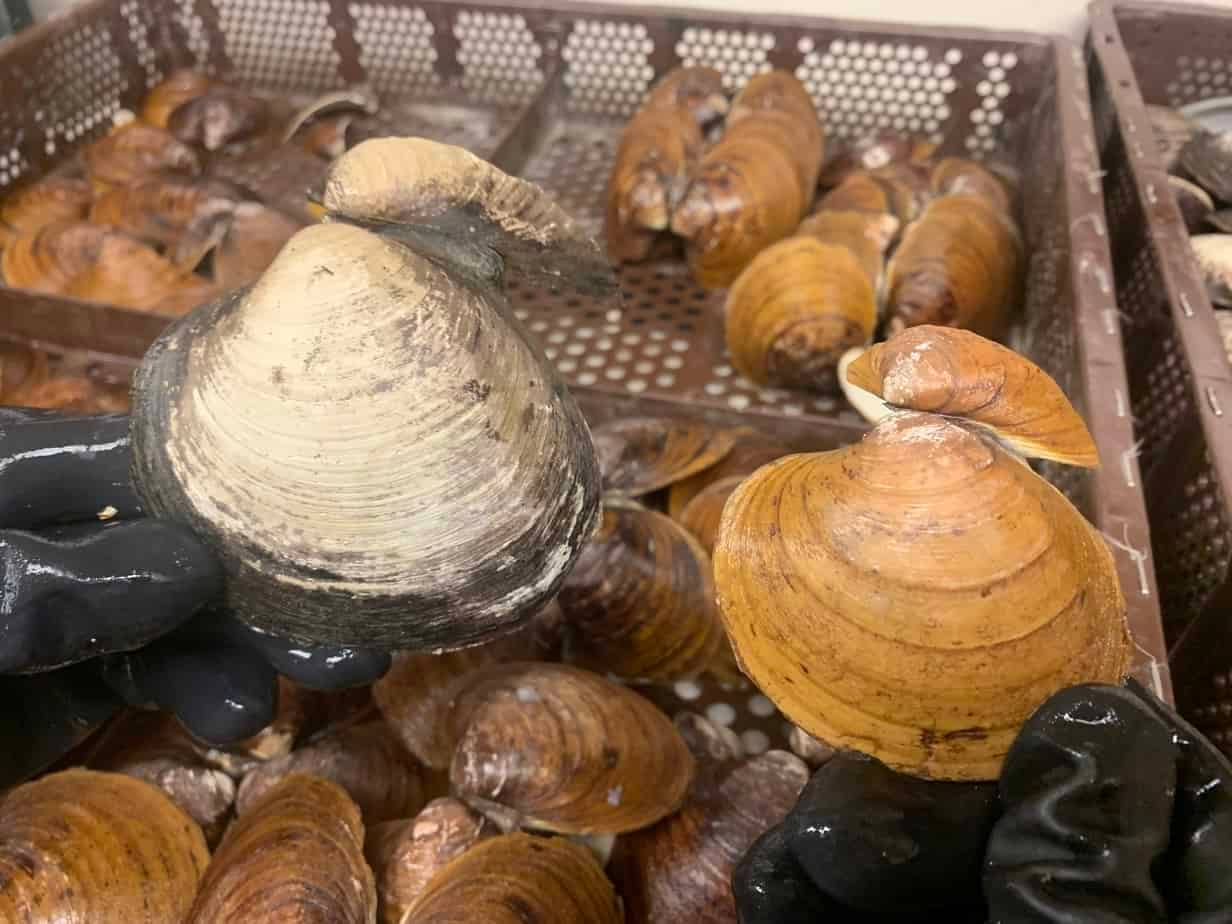 Stock assessments for ocean quahog and surfclams rely on a specific modeling tool, the Stock Synthesis V3. The project, from Drs. Eric Powell (University of Southern Mississippi) and Roger Mann (Virginia Institute of Marine Science) will recruit a Ph.D. student to train to use the model, with the goal of maintaining scientific expertise in using and understanding it.

With over 1.7 million acres of federal waters under lease for wind energy development, new wind energy structures have a significant potential to interfere with ocean conditions, including in critical areas such as how shellfish larvae are dispersed. The project, by Dr. Daphne Munroe of Rutgers University, will review existing literature to determine how wind energy development has affected different oceanographic conditions, and prepare a report on these findings for the public.

Lead PI: Eric Powell (USM): Ocean quahogs (Arctica islandica) are extremely long lived. Although the NMFS-NEFSC survey time series began in 1980, most of the animals fished were born prior to that time. Consequently, recruitment dynamics for this stock are very poorly understood. Establishing that the current fishery is sustainable requires information on the recruitment dynamics of ocean quahogs over the last 200 years. This can be reconstructed from the age frequency of the population. This project will develop the first age frequencies for ocean quahogs in the northwest Atlantic, with study sites off New Jersey, Long Island, Nantucket, and on Georges Bank.

Development of management options for surfclams

Lead PI: Eric Powell (USM). The recent benchmark assessment for surfclams considered a two-stock option for surfclams that was rejected by the Stock Assessment Review Committee. Nevertheless, the continued influence of Mid-Atlantic Bight warming on the distribution of the surfclam stock suggests that a range of management options may need to be reviewed. SCEMFIS will examine this issue and recommend options to the IAB.

Lead PIs: Eric Powell (USM) & Roger Mann (VIMS): Fishing has been restricted in two areas by the creation of Habitat Management Areas (HMAs), one off Nantucket Shoals (NS) and one on Georges Bank (GB). The SCEMFIS team will analyze NMFS survey data and data from the fishing fleet operating in the NS/GB region to provide improved differentiation between habitat of concern and high-energy sands supporting surfclam production. These analyses will provide information on subregions in the HMAs supporting live market-size surfclams and regions of complex habitat as evidenced by the presence of untowable bottom, location of reported dredge damage, and locations where the survey dredge caught cobbles, rocks, and boulders.

Lead PI: Eric Powell (USM). This project will undertake a reappraisal of the clam quahog survey sampling design which has not previously been evaluated with respect to the relationship between sample number and stock patchiness. This issue is uniquely important for the entirety of the continental shelf benthic biota, not just the commercial clam species. Additional funding will also provide support for 2 members of the working group to attend meetings.

A fundamental challenge in marine benthic ecology and fishery assessment is to quantitatively collect small infaunal (within the sediment) target species that have non-uniform distribution and/or low mean density (number per unit area). Clams are a prime example of such a species. Previously available sampling gear was either grabs or cores that are limited in sample area and thus had high statistical probability of missing target species with low density; or lined dredges capable of covering large areas (integrating density) but with high retention of accompanying sediment and damage to the target species. The lined dredge also presented non-trivial challenges in deployment and retrieval in that a sediment-filled dredge can weigh several tons, thus challenging winches and creating the opportunity for marginal safety conditions for on-deck crew. SCeMFiS industry members designed and fabricated a research dredge with variable bar spacing (ability to change target size of species under examination) and in situ sample washing capability (wash sediment from the sample as it is collected on the sea floor). The dredge design was finalized between March and May 2014, fabricated in May-July 2014, and tested at sea in August 2014. The dredge performance exceeded expectations, providing high sample retention with little sample damage in a very safe and tractable operating environment. The dredge was tested on two fishery target species – surfclams and ocean quahogs – and proved to be comparable in retention efficiency to previously used lined dredges but with greater ease of use and far less retention of sediment. Increased retention also demonstrated heretofore undescribed localized high densities of pre-recruit-to-fishery-size clams – a positive demonstration of sustainable management success. The dredge was named the Dameron-Kubiak dredge after its designer (Captain T. Dameron) and lead fabricator (Mr. Kubiak) The new dredge was employed as a standard selectivity and juvenile survey dredge in the 2015 NEFSC survey and is anticipated to be a primary survey tool indefinitely into the future.